According to homeless charity Shelter, 274,000 people in England are homeless, and this figure is likely to rise in coming months.

This startling statistic is just one of the reasons that motivated Anglo Scottish Finance, who are based on the Drum Industrial Estate, to help end homelessness.

The CEO Sleepout charity arranges for business leaders to ‘sleep rough’ for a night to raise money and raise awareness of homelessness.

Events take place in cities around the country and the money raised is distributed to local charities to fight homelessness and poverty within a few miles of each CEO Sleepout event, as well as those charities that work nationally.

To date, the charity has raised over £2.7 million to fight against homelessness and poverty.

The CEO Sleepout took place in St James Park on 24 March 2022 and raised over £84,000 in total, with Dan and David contributing £3,700 with sponsorship from Anglo Scottish colleagues, funders, and customers. 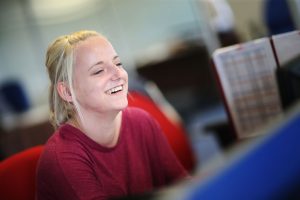